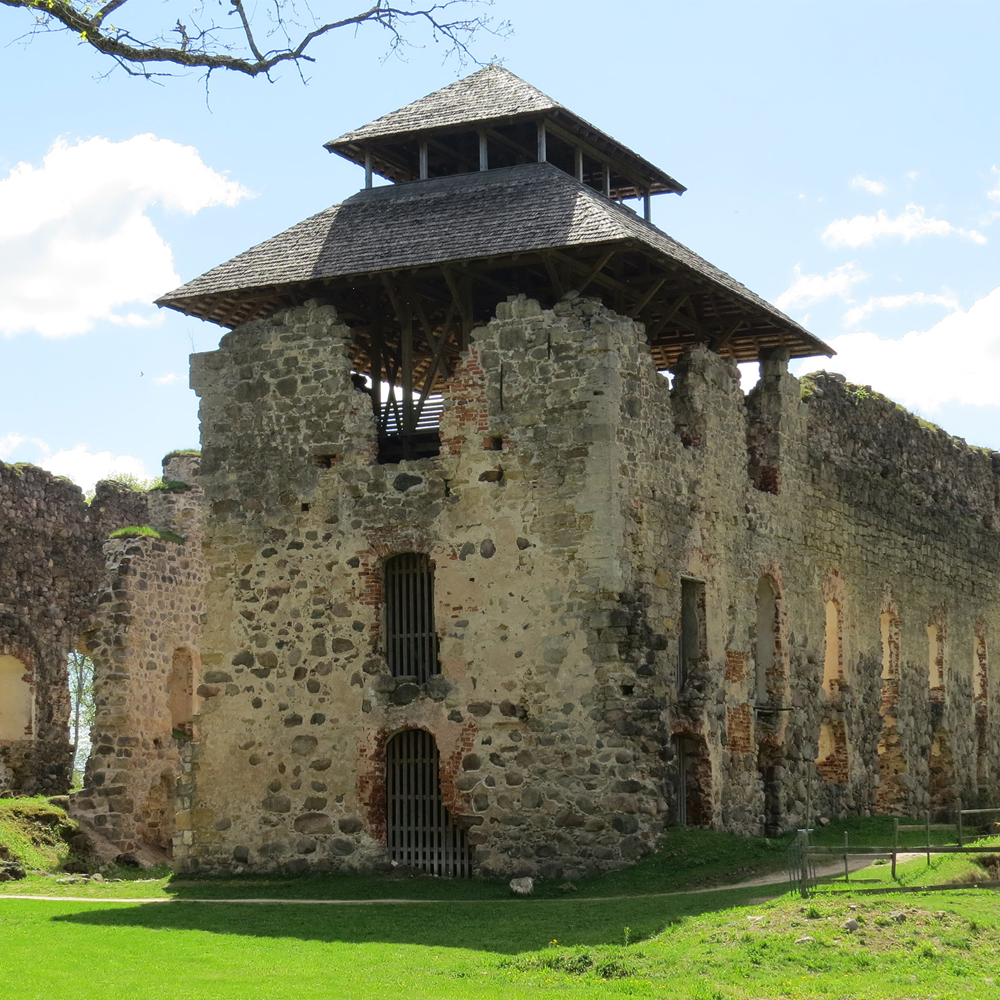 The medieval castle of Rauna is one of the largest and best preserved castle ruins in Latvia. The precise date of construction of the castle is unknown, however, sources written by the Archbishop of Riga Johannes IV of Zinten allow to conclude that it was built in the 60s of the 14th century and was used as one of the principal residences of the Archbishop of Riga and his entourage, which was visited irregularly at all seasons.

Only few details are known about the medieval architecture of the masonry castle, since the castle has been rebuilt several times and most of the original structures are no longer seen today. Rauna Castle was built gradually, by building a castellum-type exterior walls of the building first. This means that initially the castle was built as a fortification with four masonry walls, and temporary wooden structures could have been built inside the fortified walls.

When the Livonian War started in 1558, the castle did not suffer much damage, since, due to the rumours of the brutality of Russian Knyaz Ivan IV, which spread rapidly, the army of the Dutchy of Russia took the castle without a fight. At the end of the 16th century, as indicated in the audit of 1582, the castle was still in good condition – all structures of the castle were preserved. The masonry castle of Rauna sustained the most severe damage during the conflict between Polish–Lithuanian Commonwealth and Sweden in early and mid-17th century: After the last conflict, the Swedish administration decided not to rebuild the castle and it lost its importance as a fortification. In 1683, an order to eliminate the fortifications of the castle was issued – sections of the fortifications of the bailey of the castle and protection towers between them were blown up. 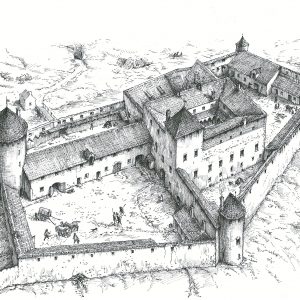 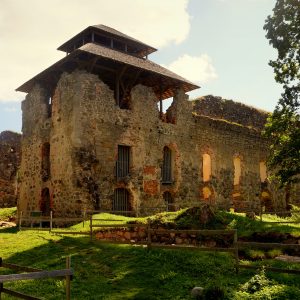 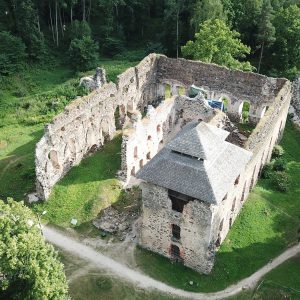 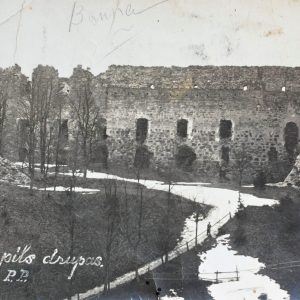 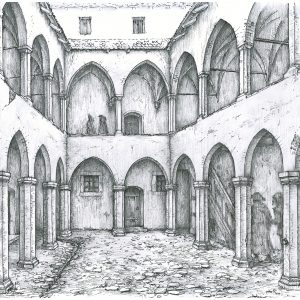 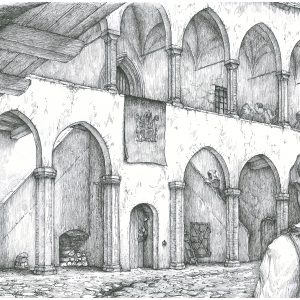 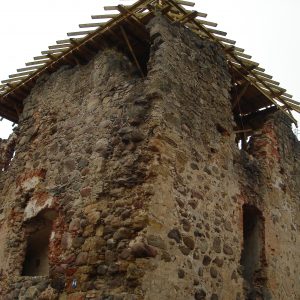 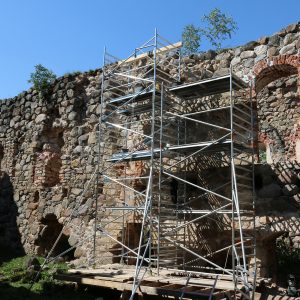 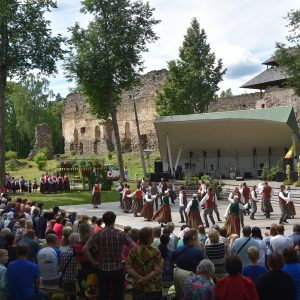 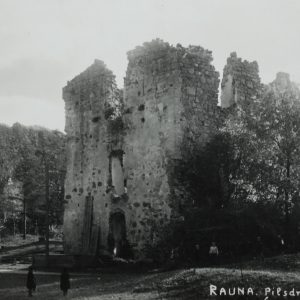 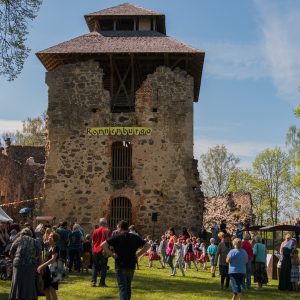